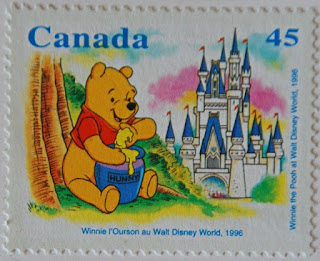 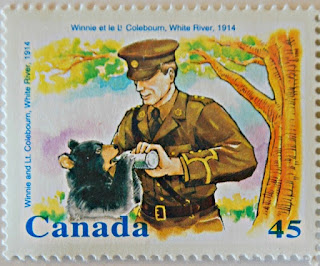 
For International Stamp Week, this set of stamps on the 30th anniversary of Disney's first appearance of Winnie the Pooh was issued.

Walt Disney acquired the rights in 1961 and Winnie the Pooh and the Honey Tree came out in 1966 (voiced by Sterling Holloway).

Originally from White River in northern Ontario, Winnie was named after Lt Colebourne's hometown of Winnipeg.