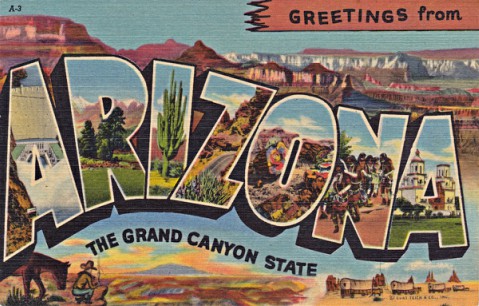 sharing with Postcards for the Weekend - multiview
Posted by violet s at 30.9.17 3 comments:

Email ThisBlogThis!Share to TwitterShare to FacebookShare to Pinterest
Labels: greetings from, large letter, US 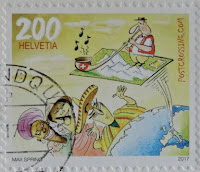 
A brand new stamp, issued September 7, 2017, this is the international rate stamp showing a postcard flying off to various parts of the world. Switzerland uses four different variations of its name - Schweiz (German), Suisse (French), Svizzera (Italian), Svizra (Romanish) and for official purposes adds 'Confederation of' in front of the country name. The latin name Helvetia comes from the Helvetii who were a Celtic tribe that were settled in the area during Julius Caesar's time, and CH (Confoederatio Helvetica) is used for all banknotes, postage stamps, and the internet. 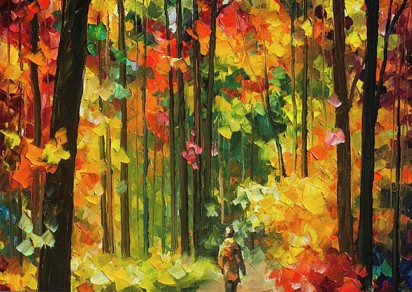 Leonid Afremov is a Russian artist whose works are created by using only a canvas, oil paints and a pallet knife - no brushes.

for Postcards for the Weekend - fall scenes
Posted by violet s at 23.9.17 3 comments:


These stamps are the same size as a golf ball (43mm or 1.6"), complete with dimpled edges. The left stamp depicts a scene from 100 years ago with a silver silhouetted golfer driving, while the one on the right shows a scene from this century with a silver silhouetted golfer putting. The crowd scenes are from the RCGA archives. Off to the right is the cup as it would have been in each of those years. The first Canadian Open (36 holes in one day) was held at the Montreal Royal Golf Club and the 100th (72 holes over four days) was held at Glen Abbey Golf Club in Oakville.

for the letter G - Golf 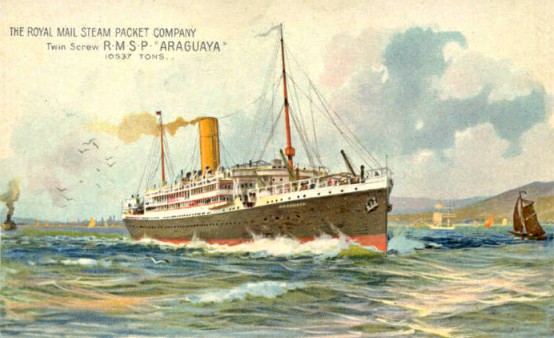 The Araguaya was built in 1906, the second of the modernized fleet for travel to South America. Each of these ships were named with the letter A, with Araguaya being a river in Brazil. The Royal Mail Steam Packet Company was started in 1839 and by 1840 had an agreement to carry all of Queen Victoria's mail to the West Indies. There were fourteen ships - all named for rivers - sailing twice a month to Barbados. Nearly every 20 years a new Royal Charter was granted to extend the destinations. The Araguaya's maiden voyage was Southampton to Brazil then on to Montevideo and Buenos Aires. With the advent of WWI she was requisitioned and adapted as a military hospital ship to serve with Canadian forces. After 1920 there was a refit and she again was destined from Southampton to South America as well as occasionally on a Hamburg - New York route. Later, in 1926, another refit as a cruise liner and she was on her way to the Norwegian fjords. By 1930 she was sold and renamed Kraljica Marija and sailing under a Yugoslavian flag.

for Postcards for the Weekend - mail related
Posted by violet s at 16.9.17 3 comments: 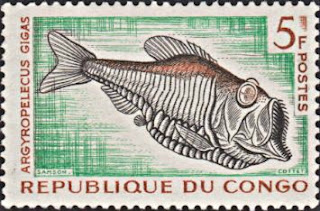 
Argyropelecus gigas, or giant hatchetfish can be found in tropical waters of all the oceans and is native to around 90 countries, including the Republic of Congo. Giant Hatchetfish aren't really all that giant - they usually reach only 4-6 inches, but that is much bigger than many of the other 40 species of hatchetfish. They have big eyes that are extremely sensitive to light and shadow in depths of 400-4,000 feet. Their eyes are also focused upwards which helps them find food. Another interesting feature is their ability to fly by fluttering their pectoral fins.

I am away on an internet free holiday for a week, so will visit you all next Sunday
Posted by violet s at 10.9.17 5 comments: 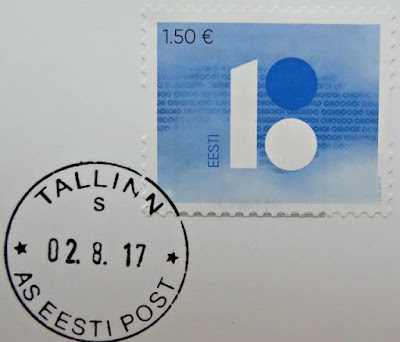 
Estonia's 100th anniversary of independence will be a long celebration. It started in April 2017 with the centenary of Estonian settlement areas, peaks with the anniversary of the republic on February 24th, 2018, continues into 2019 with commemorations of important victory battles and finally ends in 2020 with the anniversary of the Tartu Peace Treaty when Russia unreservedly recognized the independence of Estonia. Until then, Estonia had been a province of Imperial Russia since 1710 and had been dominated by one nation or another since the13th century.
As from July this year Estonia is holding the Presidency of the European Council. The theme is 'Unity through Balance' and this stamp shows the combined logo for the presidency and the centenary. From the creator of the identity logo: a narrow rectangle and two circles are the building blocks for the Presidency's symbol of balance, the symbol of Estonia 100 and the binary code pattern used by both.
for the letter E: Eesti/Estonia, European Union

Midway at The EX 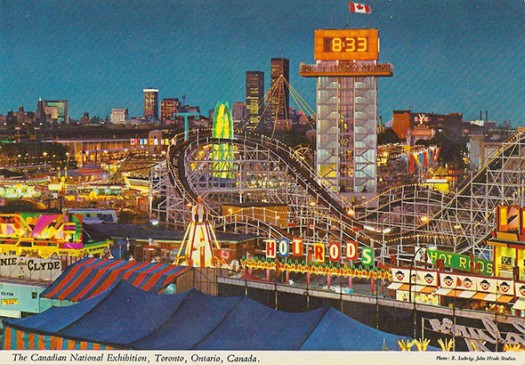 The CNE, or more commonly known as simply 'The Ex' has been around since 1879.
This postcard shows a night view of the midway with the Shell Oil Tower rising high behind the Flyer roller coaster. Both were built in the mid 1950s but unfortunately demolished in 1982 and 1995 respectively.
The CNE runs for 18 days until Labour Day, which this year is Sept 4th, 2017
(see also here for an older version of the Shell Oil Tower)
sharing with Postcards for the Weekend
Posted by violet s at 2.9.17 1 comment: