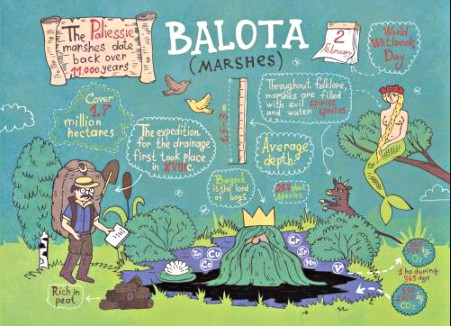 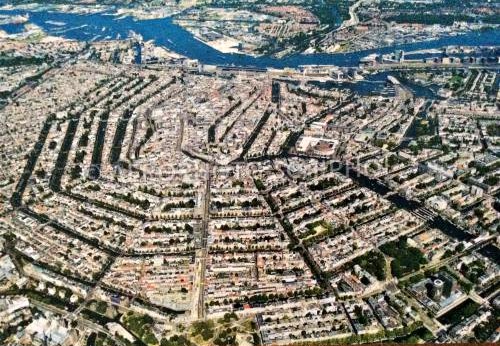 It is easy to get turned around in a city with horseshoe designed streets and canals
Posted by violet s at 30.5.19 No comments: 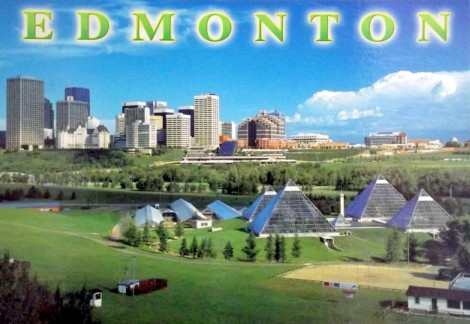 "The lovely skyline of Edmonton with the Muttart Conservatory in the foreground"
Posted by violet s at 29.5.19 No comments: 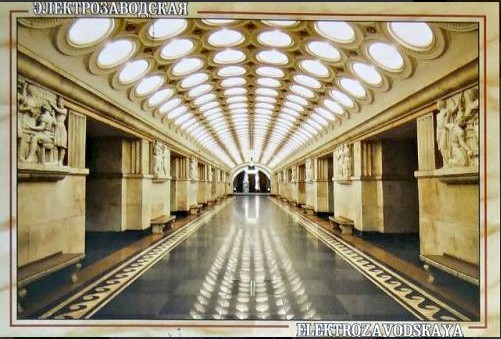 metro station Elektrozavodskaya, built 1944
named after a nearby electric light bulb factory and seems to celebrate this with six rows (318 in total) of circular incandescent inset lamps in the central hall.
Posted by violet s at 28.5.19 No comments: 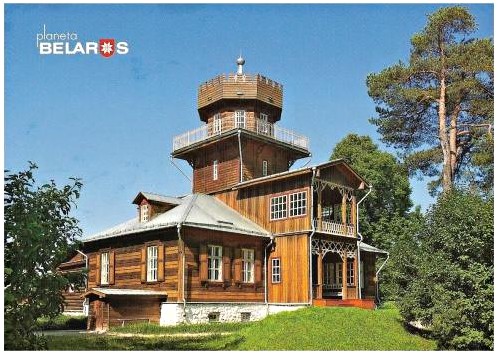 'Zdravnevo', near Vitebsk Belarus, belonged to Russian and Ukrainian artist Ilya Repin (1844-1930 )and is now a museum. The original house was almost destroyed during WWII and much of the wood was used for firewood by the residents of Vitebsk. In 1988 it was rebuilt using Repin's original drawings and with help from some people who remembered it during his lifetime.
Posted by violet s at 27.5.19 No comments: 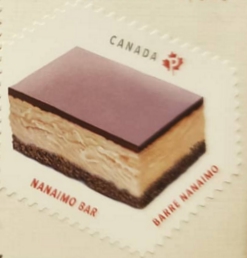 
A new series of stamps were issued last month featuring five different desserts unique to Canada. Immediately it was noted by pretty much everyone that this is NOT A NANAIMO BAR. The ratio of graham wafer coconut base to custard filling to chocolate topping is all wrong. The bottom layer should be 50% with the filling about 40% and the top the remaining 10%. And it should be more compact.  Apparently the image was made by a photorealist food painter in South Carolina.

the wiki page for nanaimo bars 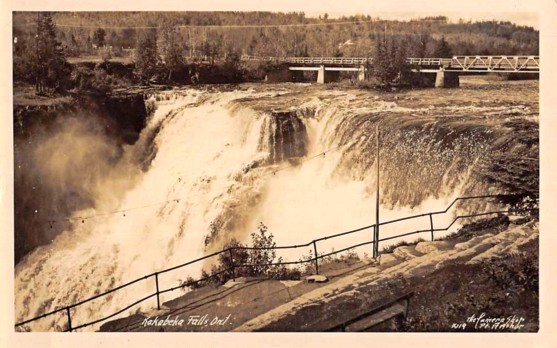 Kakabeka Falls
on the Kaministiquia River, Thunder Bay
Posted by violet s at 25.5.19 No comments: 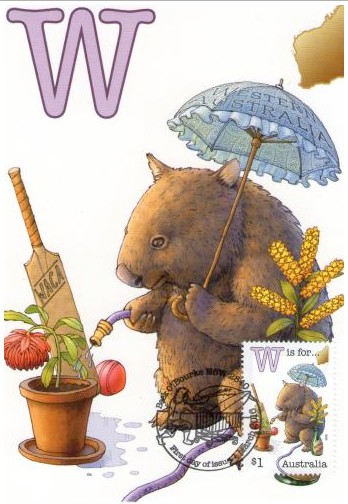 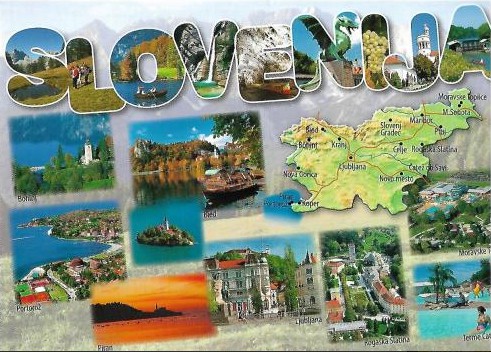 the sun is always shining in Slovenia
Posted by violet s at 22.5.19 No comments: 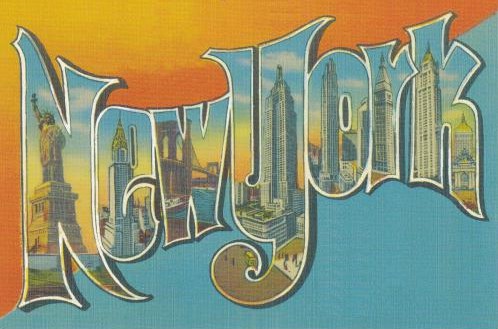 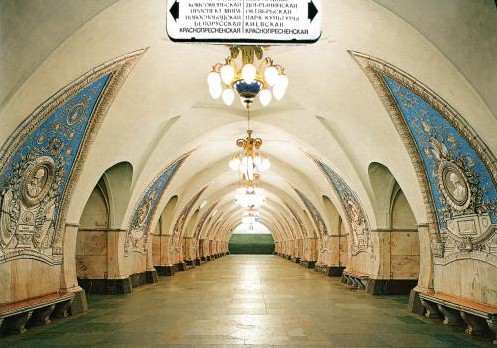 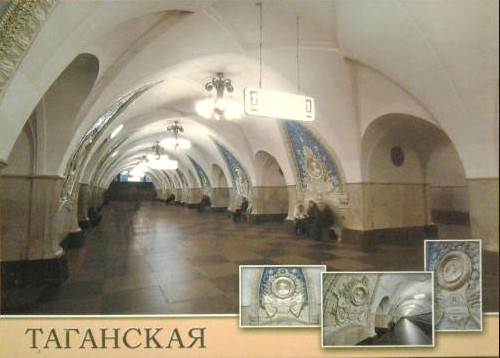 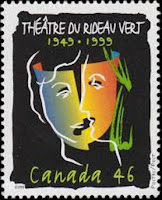 
A fiftieth anniversary stamp was issued for Le Theatre du Rideau Vert, Canada's first professional French theatre company which opened in Montreal in 1949. A mask of tragedy and comedy has an outline of the two actors who founded the company with Mercedes Palomino over the face of tragedy and Yvette Brind d'Amour over the face of comedy.
The masks of tragedy and comedy date back to the amphitheatres of ancient Greece. They were worn  as an exaggerated expression for the audience (some seated far away from the stage) to recognize the different emotions. 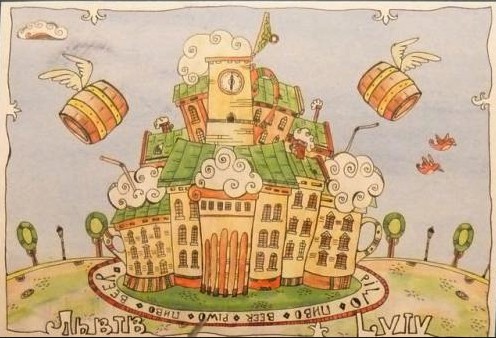 If you are a lover of craft beer, then this is the city to visit. It has eight breweries, and a beer museum!
Posted by violet s at 18.5.19 No comments: 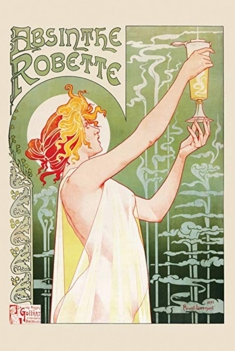 Henri Privat-Livemont, 1896
Absinthe Robette was a brand of Belgian Absinthe named after the wife of the distiller Petitjean.


La fee verte - the green fairy - was a popular euphemism for absinthe. Inspired by the dancer Loie Fuller, she is illuminated by the colour of absinthe in its pure state: chartreuse. "Her tunic is ethereal; like Loie Fuller's scarves, there is but a wispy suggestion of material. The ribbons of fabric point upwards to the prepared glass of absinthe. The woman holds a steady gaze upon that raised offering in knowing anticipation of what will surely be a transformative moment. Wisp like emanations from the floral stalks and surrounding cloudy forms echo the turbid nature of the glass as water flows into the absinthe elixir. They allude top that moment when the absinthe will be transformed into an opaque libation, and all of its botanical olfactory notes will be released." 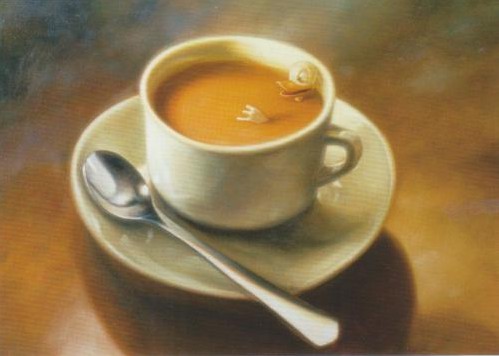 Some days I feel like this would be appropriate!
Posted by violet s at 16.5.19 No comments: 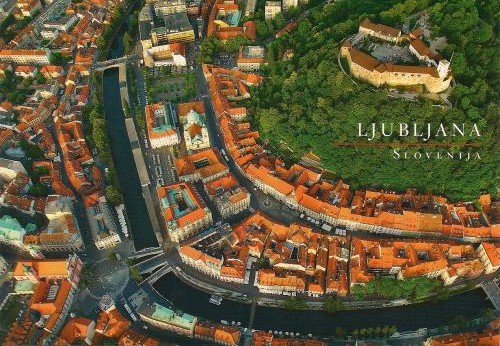 Capital, and largest city, Slovenia
Posted by violet s at 15.5.19 No comments: 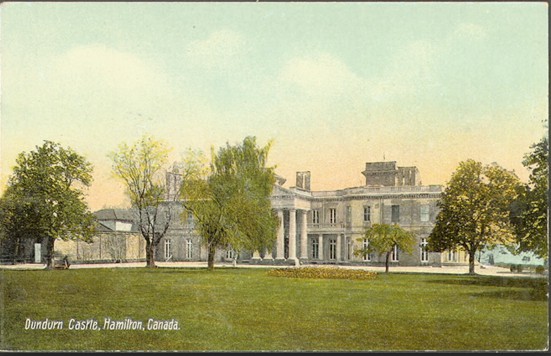 Still looks the same as it ever was
Posted by violet s at 14.5.19 No comments: 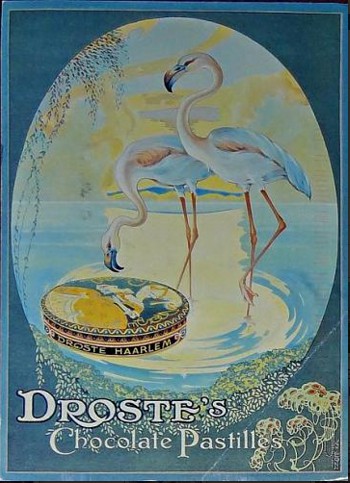 Seems everyone loves good chocolate!
Posted by violet s at 13.5.19 No comments: 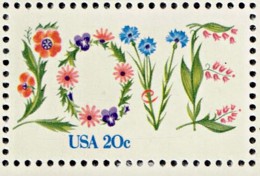 
Somehow I missed that these special LOVE stamps have been issued by the USPS since 1973!  This one was designed by Mary Faulconer using flowers to spell out the word. The L is a miniature red poppy; the O is a ring of painted daisies and miniature pansies; the V is cornflower; and the E are three coral bells.

Email ThisBlogThis!Share to TwitterShare to FacebookShare to Pinterest
Labels: calligraphy, commemorative, illustration, US 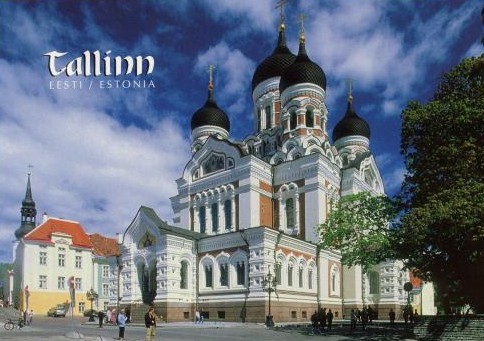 Does anyone know why the domes are black?? 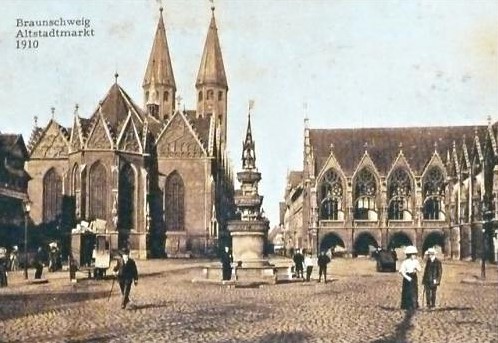 The Altstadtmarkt was first planned in 1158

Showing the St Martini Church on the left, the Old Town Hall on the right,
and the Old Town Market Fountain in the centre
Posted by violet s at 10.5.19 No comments: 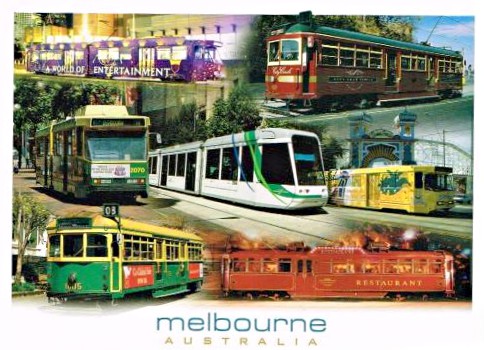 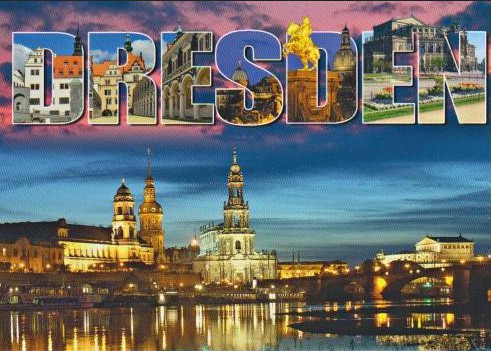 good to the last drop 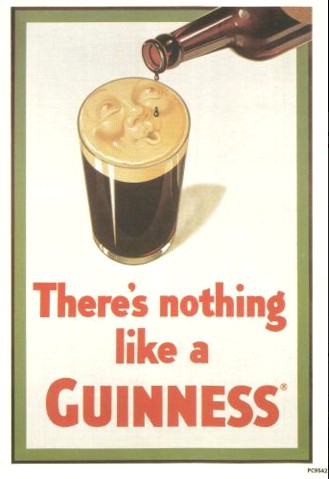 a bit of Ontario 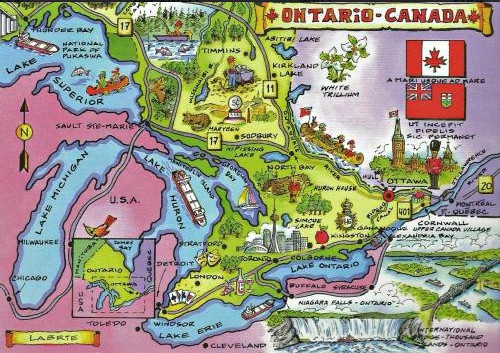 This map shows the most populated area of Ontario. What's missing is the over 1,110 km between the top of Lake Superior and the southern portion of Hudson Bay and the nearly 700 km from Thunder Bay west to the Manitoba border. (as can be seen in the inset box)
Posted by violet s at 6.5.19 No comments:


In 1979, the Canoe-Kayak World Championships were held in Jonquiere Quebec. I have only ever gone kayaking, or canoeing, on a calm lake. This, however, is a not sport for the faint of heart - it involves a course full of rocks, eddies, rapids, fast currents, and high waves. In a kayak the paddler sits with legs in front, facing forward in a closed deck using a double bladed paddle.
A posterized version of a photograph was chosen by designer Jon Eby. 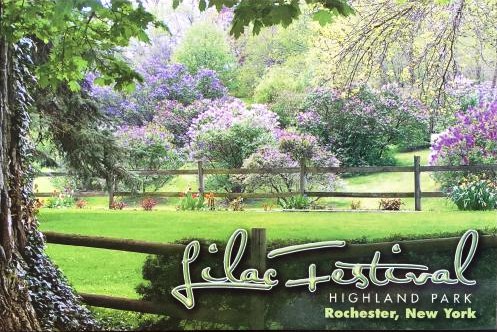 May 10-19, 2019 is the date for this year's festival, which, if you want a sensory overload of the heady aroma of sweet, sweet lilacs, I would highly recommend.
Posted by violet s at 4.5.19 No comments:

Email ThisBlogThis!Share to TwitterShare to FacebookShare to Pinterest
Labels: flora, parks, US 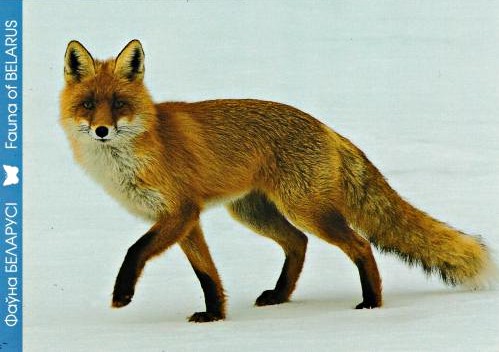 I was too old for the Roald Dahl book, The Fantastic Mr Fox when it came out in 1970. However, by magic, I was not too old for the movie of the same name which came out 39 years later. To this day, when ever I see a red fox I almost expect it to start talking in a George Clooney voice.
Posted by violet s at 3.5.19 No comments: 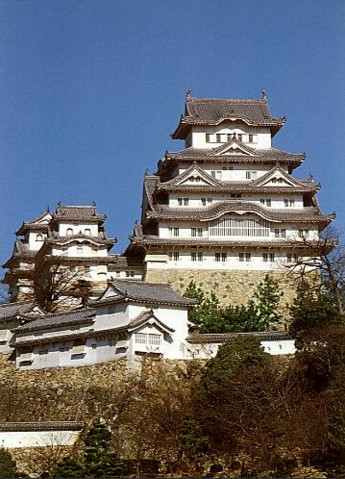 Himeji Castle
Originally built as a fort in 1333, it was dismantled and built as a castle in 1346 and has since been remodelled several times over the centuries. The nickname 'white egret' comes from the white exterior and its resemblance to a bird taking flight.
Posted by violet s at 2.5.19 No comments: