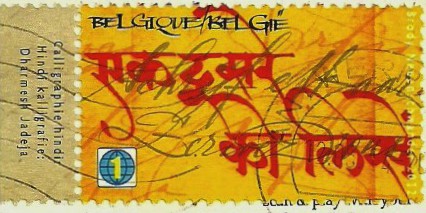 designed by Brody Neuenschwander, Hindi script by Dharmesh Jadeja
One of a series of Calligraphy stamps issued in 2012. The others in the set were written in Arabic, Latin, Chinese and Greek. On each stamp is written "write to each other" or "write me" - in Hindi "Ek Dusre ko Likhan"
Posted by violet s at 29.11.15 10 comments: 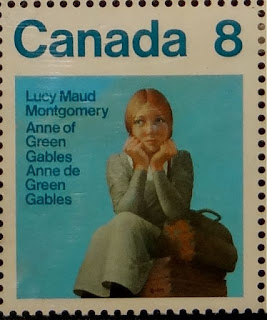 
Anne (with an 'e') of Green Gables was written in 1908 by Lucy Maud (without an 'e') Montgomery of Prince Edward Island. It is the first of a series of stories about a young orphan girl sent to live with a middle aged brother and sister to help out on their farm. She is a bright, imaginative and talkative girl and the book recounts her experiences in adapting to her new home in a close knit community. 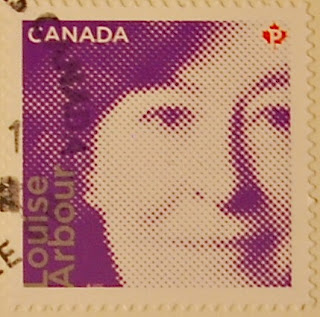 
This stamp of Louise Arbour was issued for the series "Difference Makers" in May 2012. Before being appointed  High Commissioner for Human Rights at the United Nations, where she was a chief prosecutor for the International Criminal Tribunal for Rwanda and the former Yugoslavia, Ms Arbour was a Supreme Court Justice for Ontario and Canada. She retired in 2004.
Posted by violet s at 15.11.15 5 comments: 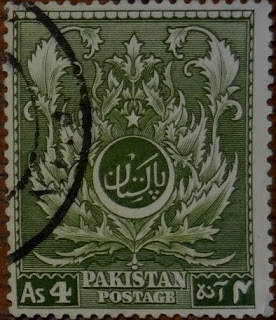 
Pakistan continued to use Indian stamps for a few months after partition (August 1947)  with overprinted stamps in use until 1949. This Saracenic leaf pattern has Pakistan written in Urdu in the centre of the crescent with the values written in English and Urdu at the bottom left and right side plates.  It is one of a set of nine stamps issued for Independence Day 1951 designed by Abdur Rahman Chughtai (1897-1975) who is considered the national artist of Pakistan. 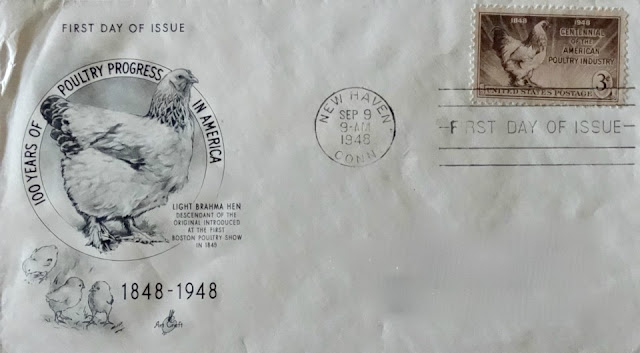 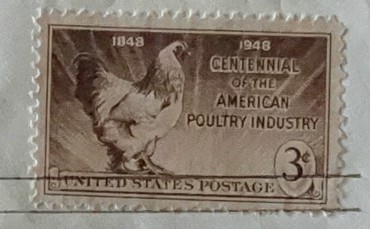 
The Brahma was chosen for this stamp as it is the oldest breed of chicken in the US. "The Light Brahma Hen descendant of the original introduced at the first Boston Poultry Show in 1948" Known as the "chicken stamp", 52,975,000 were printed.