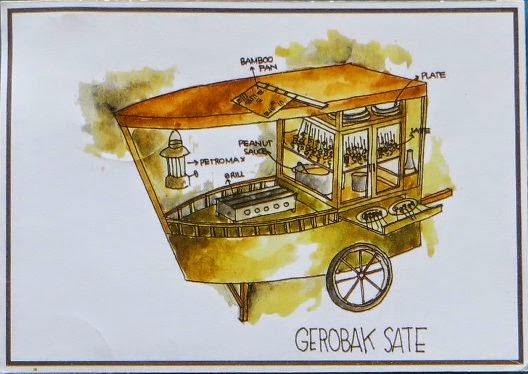 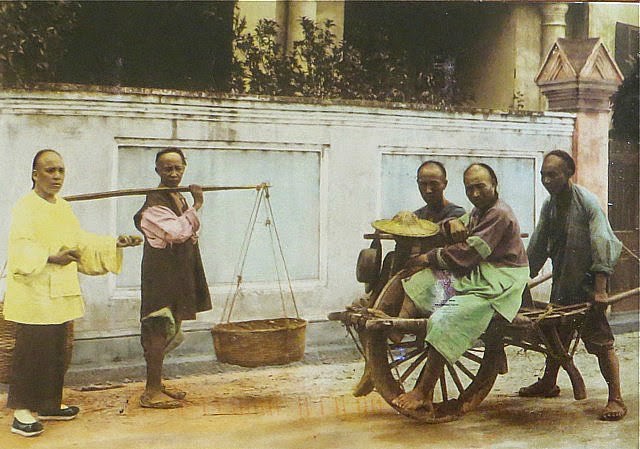 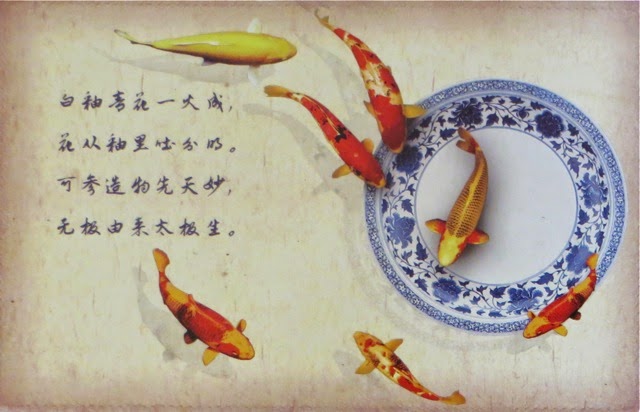 Australia has an assortment of odd looking, and dangerous, creatures. So why not dinosaurs, too?

These Australian dinosaurs featured are:
Koolasuchus cleelandi - amphibian first found in 1978 in Victoria
it was a large creature with a skull about 26" long, a body of up to 16' and weighing perhaps 500kgs
Serendipaceratops arthurcclarkei  - a mystery animal known only from a single arm bone discovered in Victoria (and named after Arthur C Clarke, a science and science fiction writer)
Timimus hermani - a theropod discovered in Victoria in 1991.
the thighbone found was 44cm which might indicate a lithe animal of 8'
Qantassaurus intrepidus - a small bipedal herbivore discovered in Victoria in 1999.
it was possibly 6' long by 3' high
Diamantinasaurus matildae - discovered in Queensland and described and named in 2009
was a large quadrupedal herbivore weighing up to 15-20tons and reaching around 50' in length
Australovenator wintonensis - a bipedal carnivore discovered in Queensland
was 6'6" at the hip and about 20' long, weighing up to 1,000kg.

for dinosaurs or large animals 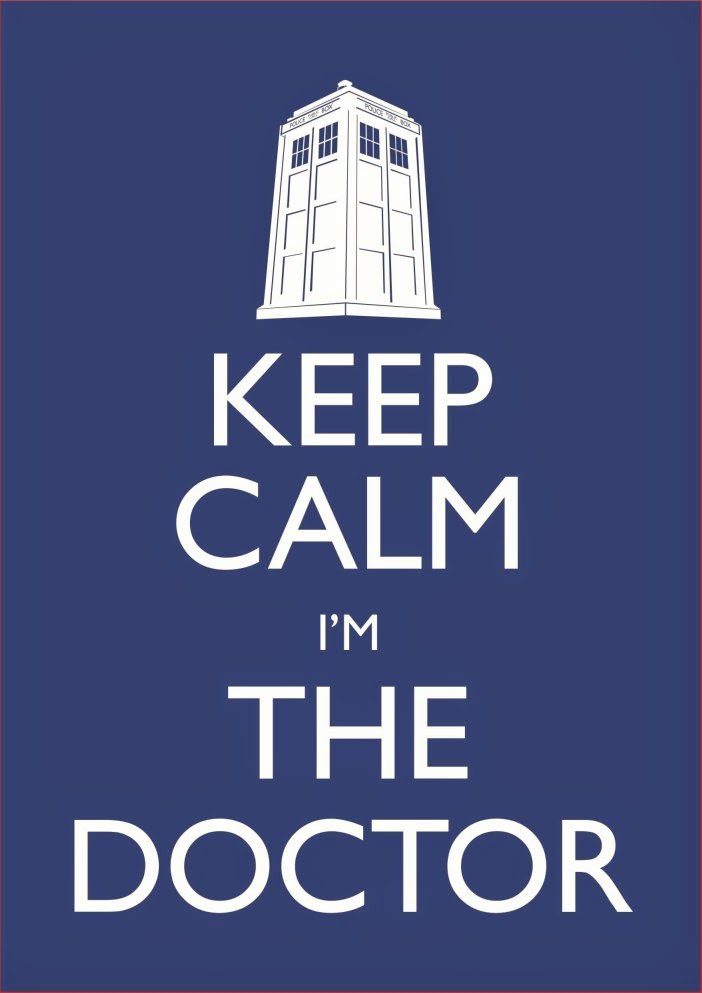 Apologies for my absence for Sunday Stamps (health, medical) ... internet woes, but all is back up and on-line now.
Posted by violet s at 21.4.15 1 comment: 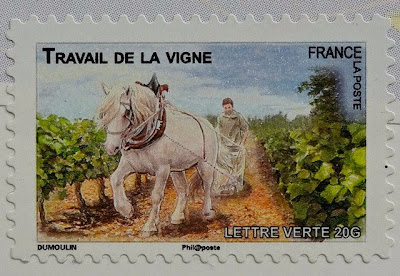 issued 2013  with a value of €0.58 (at the time of issue)
part of the series 'workhorses of our regions' in this case the Gironde region
but there is man working behind the horse as they make their way between the rows of vines which will eventually become Bordeaux wine.The man ploughing is quite diminutive compared to his working horse!

the graphic design is by Elodie Dumoulin

for people at work

also sharing with Sepia Saturday for horses (pure co-incidence, especially since I forgot!) 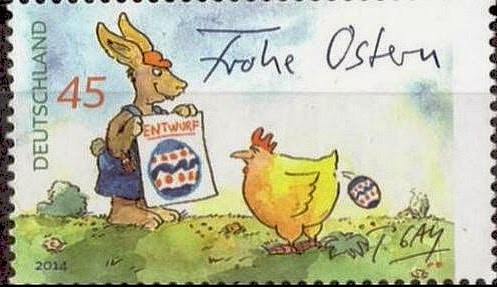 Apparently chickens feature prominently in P Gay's drawings, and this one is getting a design plan (entwurf) from a rabbit for a decorated egg. I must admit, it took me a moment to see what was happening, so focused was I on the Frohe Ostern! Mr Gaymann has been drawing cartoons for over 30 years and you can find quite an extensive selection on google, but the captions are all in a written font  (as the above Frohe Ostern, but usually much smaller), which I found almost impossible to decipher.
It is also interesting to note that in Europe it is an adult rabbit, whereas here in North America, it is a cute, little bunny that brings the Easter eggs. 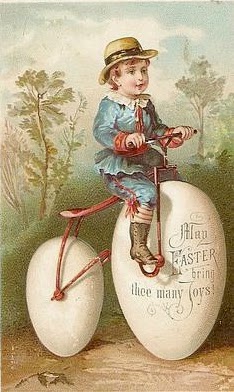 May EASTER bring thee many joys

Sepia Saturday for bicycles
Posted by violet s at 4.4.15 9 comments: 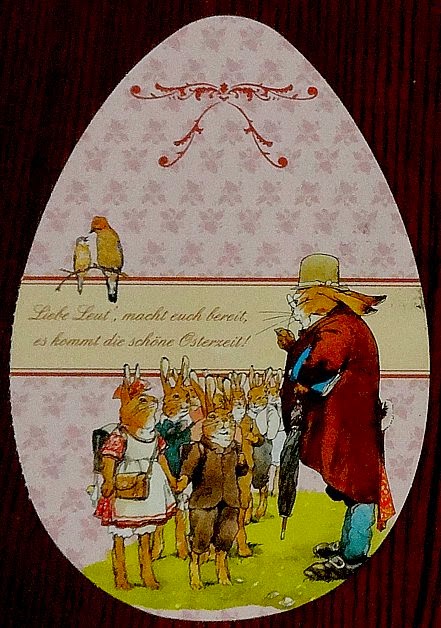 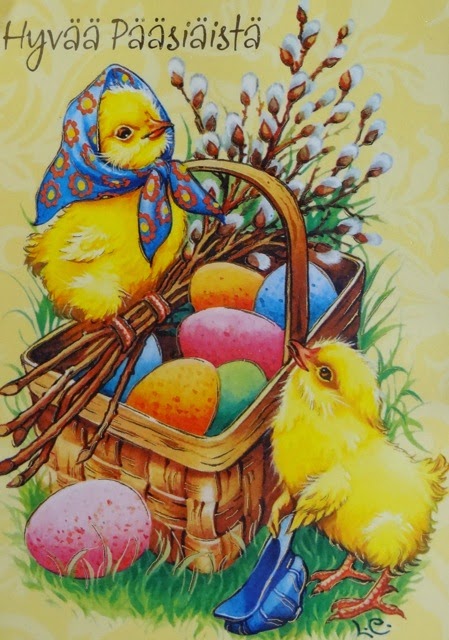 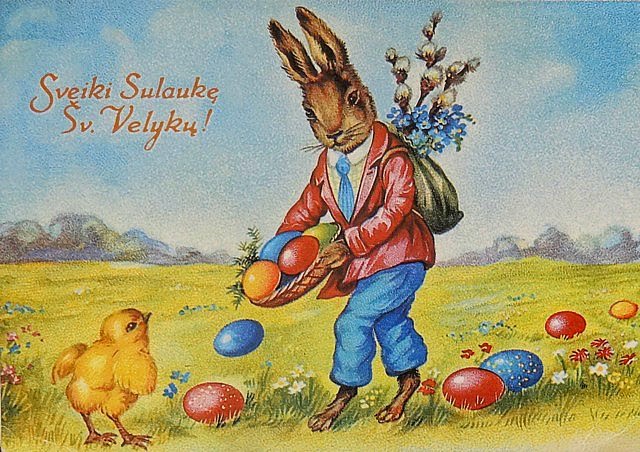 (does anyone have a better translation?)
Posted by violet s at 1.4.15 No comments: