I think, that of all the lunar new year animals, the rat is possibly the least likely to appear on a stamp at any other time.  For both of the Year of the Rat stamps (2008 and 2020) Canada has chosen to go with the 'mouse bride' or 'rat's wedding' story*. 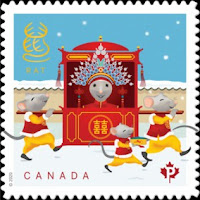 This left one from 2008 is so colourful and fun. I love the purple, the parasol, the purse, and the little curl in the bride rat's tail. On the right is this year's version, with the bride rat being carried in her chair, or litter. Personally, I prefer the 2008 version.


*You can read an interesting version of the rat's wedding here

Gong Hei Fat Choy (one of many variations in spelling of Mandarin)
Posted by violet s at 26.1.20 4 comments:

From 2000, some eccentric samples of rural mailboxes, illustrated by Marcel Cote. Some folk art at  the end of your driveway. I think these would put a smile on any mail carrier's face during their long drive from house to house. 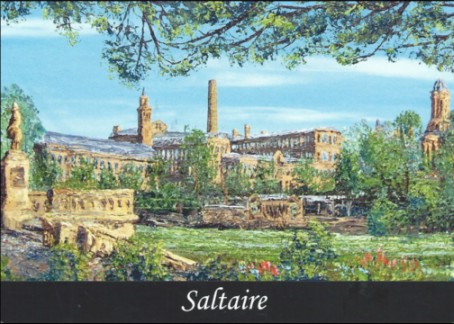 View of Roberts Park from an original oil painting by a local artist David Starley.


Roberts Park is a 14 acres (5.7 ha) public urban park in Baildon, West Yorkshire.
Saltaire Village  is named after Sir Titus Salt who built a textile mill, known as Salts Mill and this village on the River Aire in 1853. Salt moved his entire business from Bradford to this site partly to provide better arrangements for his workers and partly to site his large textile mill by a canal and a railway.
Posted by violet s at 14.1.20 No comments: 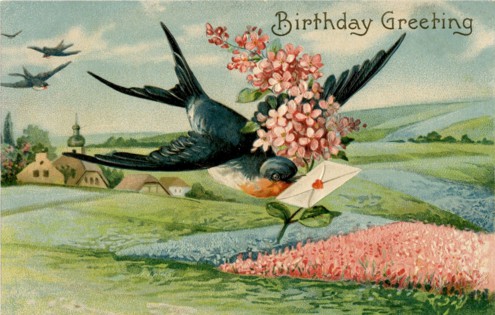 My mother would have been 103 yesterday. Not sure what she would say about today's world.
Posted by violet s at 13.1.20 No comments:

Email ThisBlogThis!Share to TwitterShare to FacebookShare to Pinterest
Labels: birthday

This is not a Royal Mail stamp - first clue, no Queen silhouette. You can buy these at tourist places where postcards are sold, and you can pop them into a Royal Mail post box. However, it may take weeks or months for your card to arrive (if at all).

The flag here is the St Andrew's Cross, also known as the Saltire. It is one of the oldest national flags still in use though it's origins are shrouded in myth and legend. In 1385 the Parliament of Scotland agreed that the white cross on a blue background should be worn as an identifying mark by Scottish soldiers (contrasting nicely with the red and white of the English St George's Cross), but it had been in use possibly as early as 832.  One of the legends goes that in that year, in East Lothian, there was a battle between the Scots and the Anglo-Saxons. Before the battle, King Angus of Scotland saw a vision of clouds in the shape of a diagonal cross. After winning the battle, the sign became the flag of Scotland, a white cross in a bright blue sky. 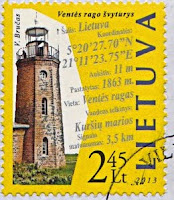 Ventes Rago lighthouse
stamp features the statistics you need to know: location, including co-ordinates
built in 1863, 11 metres tall with a light that can be seen for 3.5 kms
the lighthouse is no longer in use, but it is open to visitors. 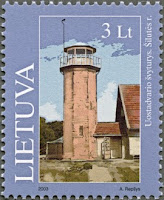 another octagonal brick lighthouse on the Curonian Spit is the 18 metre tall Uostadvaris built in 1876. it has been deactivated since 1986.

for Sunday Stamps - lighthouses (or windmills)
Posted by violet s at 5.1.20 6 comments: 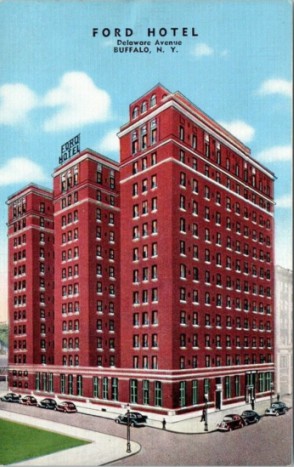 Email ThisBlogThis!Share to TwitterShare to FacebookShare to Pinterest
Labels: hotels, US 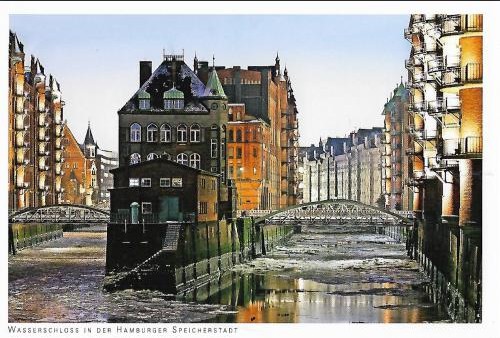 A moated castle that was used for housing and a workshop for the dock workers. Now it is a commercial space with a tea office and gourmet restaurant on the first - ground - floor.
Posted by violet s at 2.1.20 No comments: 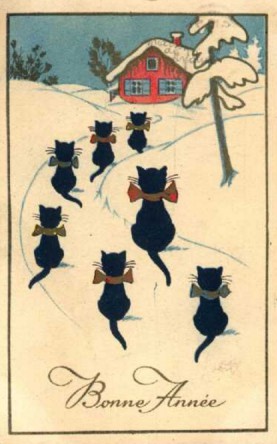 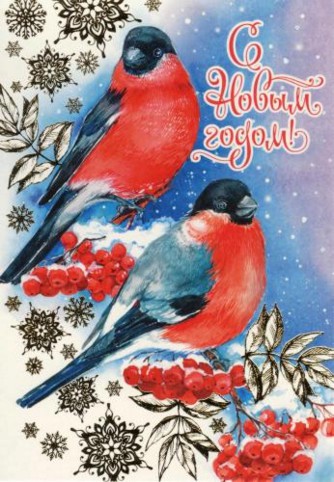 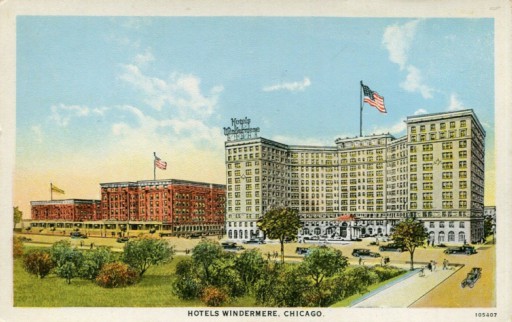 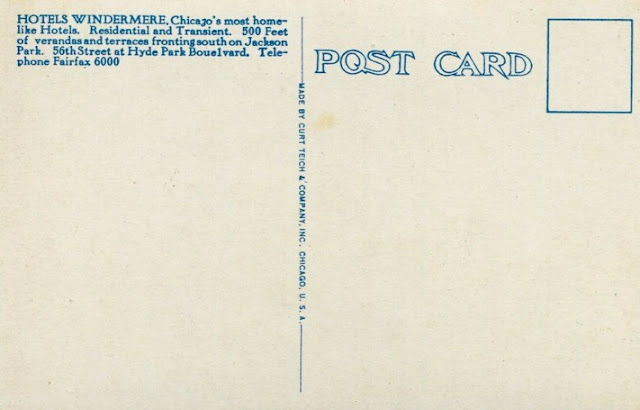 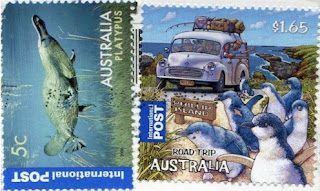 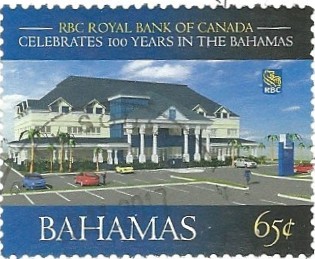 I haven't really thought about Canadian banks in other countries, but apparently RBC has been in the Caribbean for over 100 years and is in 17 different countries. In The Bahamas, only the Freeport Branch, Port Lucaya and Settlers Way ATM are available and only the Freeport Branch is open regular hours until further notice. I've tried to find where this bank on the 2008 stamp is located but haven't had much luck. Apparently, in 2017 there was a move to a (unpopular) digital platform, so it's possible this building no longer exists as a bank.
Posted by violet s at 27.12.19 No comments: 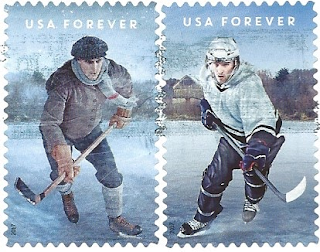 Today is Boxing Day ... and also the start of the World Juniors Hockey.
Canada won 6-4 over the USA
These 2017 stamps were issued as part of the History of Hockey series.
"These stamps celebrate the shared love of hockey, a game now rooted in the lore of both nations"
Posted by violet s at 26.12.19 1 comment: