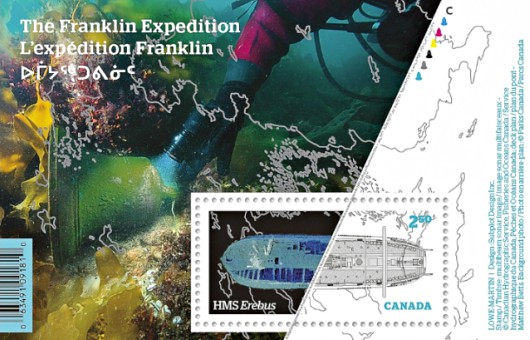 
The HMS Erebus, built in 1826 was abandonned in the ice of the Arctic in 1848 during the Franklin Expedition. After years of searching, it was found in 2014. The stamp shows a diagram of the upper deck on the right and a sonar image of the submerged ship on the left.  We know that none of the men on board survived, but what happened to them is still a mystery.  The Erebus, along with HMS Terror, were on a search for the Northwest Passage when they disappeared.

for stamps commemorating battles or disasters
(and, yes, I now realize that this is more a stamp commemorating the finding of the ship than the disaster of losing it) 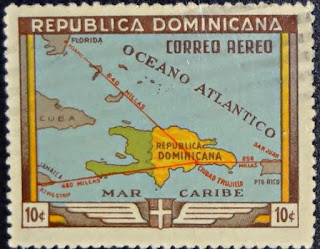 An airmail stamp showing the air routes to the capitol city, Cuidad Trujillo. The city of Santo Domingo was renamed by the Dominican Republic's dictator Rafael Trujillo after himself in 1936. Following his assassination in 1961, it reverted back to Santo Domingo. 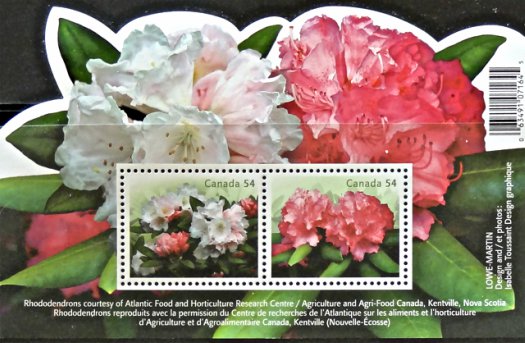 
Photographs of the rhododendrons were taken at an exhibition at the Agriculture and Agri-Food Research Centre in Kentville Nova Scotia. The flowers were in natural light with the "pastel green leaves reproduced digitally to soften the background – an effect carried onto the booklet and souvenir sheet.  275,000 souvenir sheets were printed, and 13,000,000 booklets (of 10 stamps) printed. 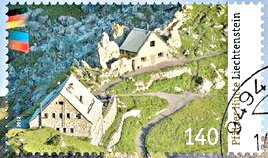 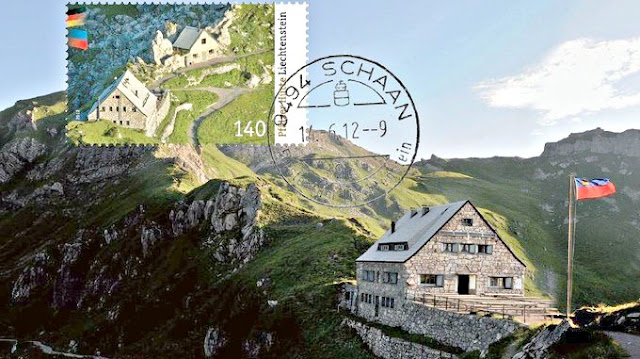 issued June 2012 (also a joint issue with Germany, identical design)
Pfälzer Hütte – Palatine Hut (at 2108m) is near the spot where the borders of Austria, Switzerland and  Liechtenstein meet. The original hut was built in 1928 by the German and Austrian Alpine Association on Bettlerjoch, a mountain saddle in Liechtenstein. By 1950, after the hut had been uninhabited and looted for several years,  the Liechtenstein Alpine Association took over and now it is open from June to October with meals and accommodation. From here it is a moderate hike to the summit of Naafkopf (2570m) and Augstenberg (2359m)