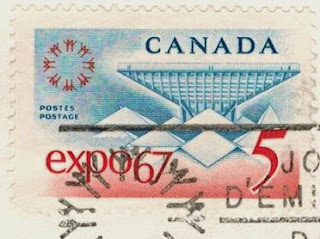 
Expo 67 was Canada's premier celebration during its centennial year. It ran from April 27 to October 29 1967., then for a few years as "Man and His World", which was the theme. The stamp shows the Canada Pavilion which was a nine storey inverted pyramid called Katimavik - an Inuit word for 'meeting place'.  On the upper left is the logo consisting of eight pars of a pictogram of "man" with arms linked and in a circle of "worldwide brotherhood and friendship".  Expo was held in Montreal on Ile-Sainte-Helen in the St Lawrence River. It was expanded, and another island built, using earth excavated from the building of the metro. Today, these islands are called Parc Jean Drapeau (who was Montreal's mayor from 1960-86 - so during the Expo and Olympic years)


This is the Chiemsee with a view to Gstadt and the Chiemgau Alps in Bavaria. The sun is shining on the water, but the mountains are not clear. And the side panels show a misty view of trees. I am imagining this is early morning. 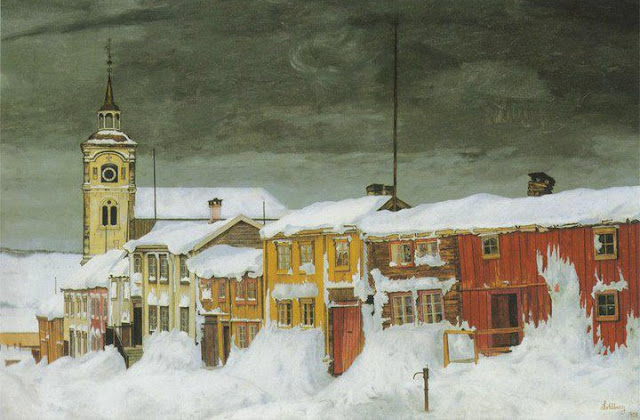 for Postcards for the Weekend
Posted by violet s at 17.6.17 3 comments: 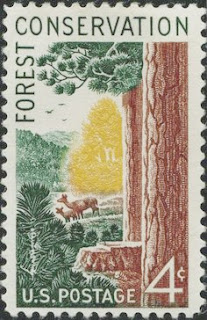 
Rudy Wendelin worked at the United States Forest Service as an illustrator from 1933 until his retirement 40 years later in 1973. His best known work is of Smokey the Bear, an advertising mascot created to educate the public about the dangers of wildfires. This issue was the first of the USPS annual series of forest conservation stamps.

for gardens or forests

Email ThisBlogThis!Share to TwitterShare to FacebookShare to Pinterest
Labels: engraved, parks, US 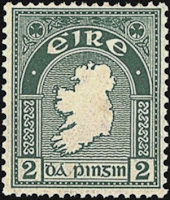 
This was the first non overprinted stamp issued in the Irish Free State, and it controversially shows a map that includes Northern Ireland. It was in use until 1940 when a new, nearly identical stamp was issued with an e watermark. Two pence is written in Gaelic on the bottom da pingin. Interstingly, 'Eire' is often shown this way with the I and R in upper case and both the 'e's in lower case.
for interesting fonts 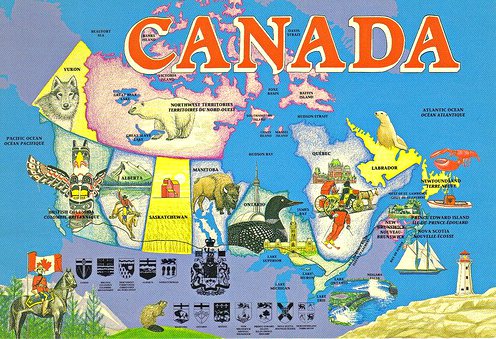 
This map card does not include the newest territory, Nunavut, which was created in 1999. It comprises the eastern portion of the Northwest Territories seen on the card.

for Postcards for the Weekend - country maps
Posted by violet s at 3.6.17 4 comments: