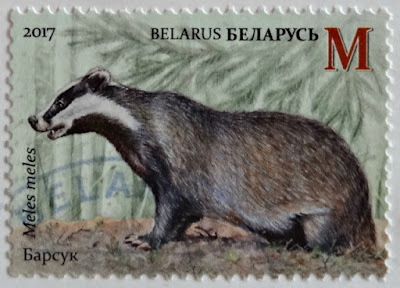 
This badger stamp is from a series of "The Red Book of Mammals of Belarus" which is a collection of animals that are rare and/or endangered. The book is updated every 10 years with the latest edition being in 2015. Badgers have been on the endangered list for 25 years.

The M on the stamp designates it as airmail postcard abroad.

for the letter B - Belarus, badger (barsuk in Russian)

Nancy Green won gold and silver at downhill skiing in Grenoble ('68) and was named Canadian female athlete of the century in 1999.

Shirley and Sharon Firth were twins who are the only female Canadian (cross country) skiers who competed in four consecutive Olympics (Sapporo ('72), Innsbruck ('76), Lake Placid ('80) and Sarajevo ('84)

for our new round of stamps by alphabet
A - athletes 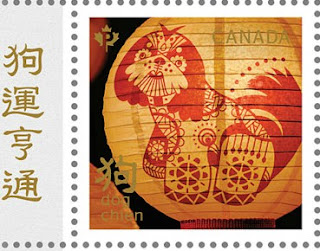 
The Year of the Dog begins on February 16, 2018 and ends on February 4th, 2019. People born under the sign of the Dog are said to be loyal, trustworthy and easy going. (full disclosure: me!) This stamp features an eager looking little dog in front of  a Chinese lantern with the traditional red and gold colour scheme. 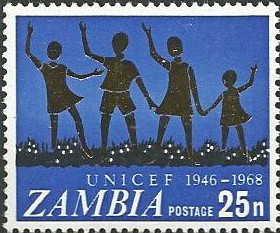 
Zambia is a landlocked country in southern Africa bordering eight other countries. The name comes from the Zambezi River which may mean 'River of God'. Before independence in 1964 it was known as Northern Rhodesia. About half the population are under 16 years of age. UNICEF is vital in helping with education, poverty, and widespread AID/HIV as well as malaria.

for the letter Z - Zambia