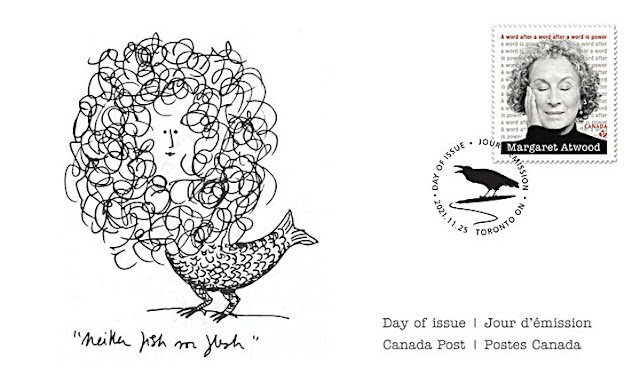 This stamp of Margaret Atwood, celebrating her 60 years of writing,  has the line "a word after a word after a word is power" from one of her poems, Spelling. The photo was taken by Ruven Afandor in 2017. The raven cancellation is in honour of her interest in birds. "In my unlived life I was an illustrator" she has said, and one of her sketches of a version of herself, 'neither fish nor flesh' is also included.
for Sunday Stamps - writers, composers
Posted by violet s at 16.1.22