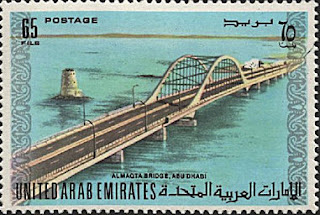 from 1973 a bridge to Abu Dhabi. Before the Al-Maqta bridge was built in 1968 the only way to get in or out of the city was to wait for low tide and walk by foot or camel. Al Maqta means crossing point. 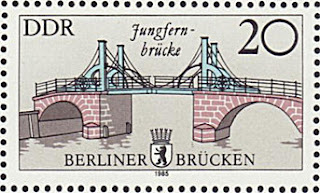 and from 1985, the oldest bridge in Berlin - Jungfern. It is a bascule bridge, originally built sometime around 1701 with some  remodelling and changes made in 1798 and again in the 20th century which ultimately made the moving parts of the drawbridge inoperable. Ever since, it has been a pedestrian bridge.