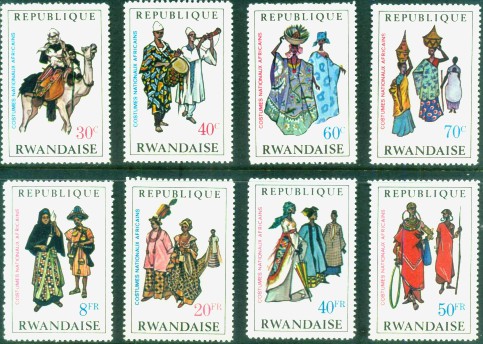 
Rwanda is a land locked country in the Great Lakes region of Central Eastern Africa and is in the southern and eastern hemisphere. Around 10 million people live there. These stamps from 1968 celebrate some of the national costumes. A mushanana is a traditional ceremonial dress for women and consists of a long, flowing skirt bunched at the hips and draped over one shoulder. Although it used to be worn for everyday wear, it is now more commonly seen on formal occasions such as weddings and funerals.

for the southern hemisphere