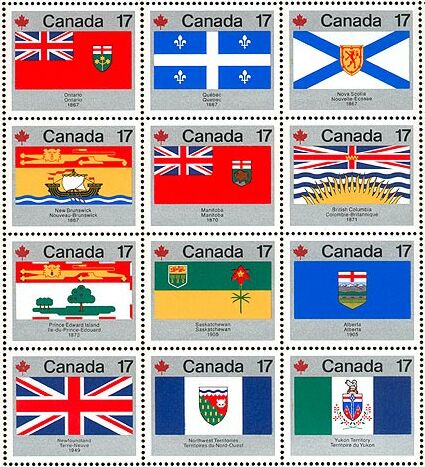 
The flags of each province appear on this souvenir sheet in established order of precedence with the date written below the name. From left to right is Ontario; Quebec; Nova Scotia; New Brunswick; Manitoba; British Columbia; Prince Edward Island; Saskatchewan; Alberta; Newfoundland; Northwest Territories; Yukon Territory. A year after this issue, Newfoundland would have its own new flag; and twenty years later, in 1999, a new territory of Nunavut would be formed after the Northwest Territories was divided.
for flags and ensigns
Posted by violet s at 26.6.16