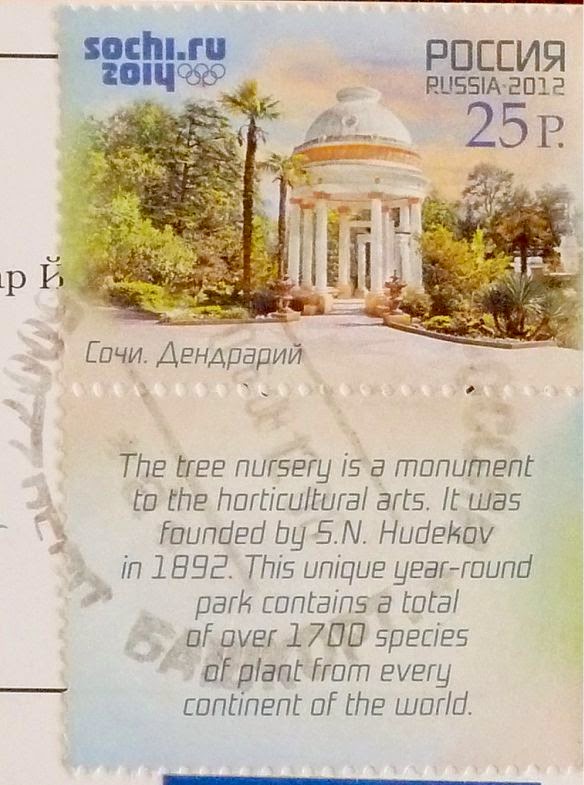 2012, this stamp was part of the Tourism issue of stamps for the Olympics. The souvenir sheet conveniently had explanation notes of each of the destinations in several languages - English, French, German, Spanish, Chinese and Russian.
designed by O. Ivanova


Founded by  Sergey Hudekov in 1892 and designed by Kark Langau, the arboretum is located in Sochi National Park and at 60ha is the largest subtropical garden in Russia. The original plans for the garden had sections with trees and plants from the Caucasus and Mediterranean regions, Japan, China, Australia, Mexico, and more has been added over the years. In the 1930s a main thoroughfare was built which divided the park into two with an upper part on the hillside and the lower part near the Black Sea. There is a tunnel under the Kurotny Prospekt connecting the two parts and a funicular to get to the top of the hill.