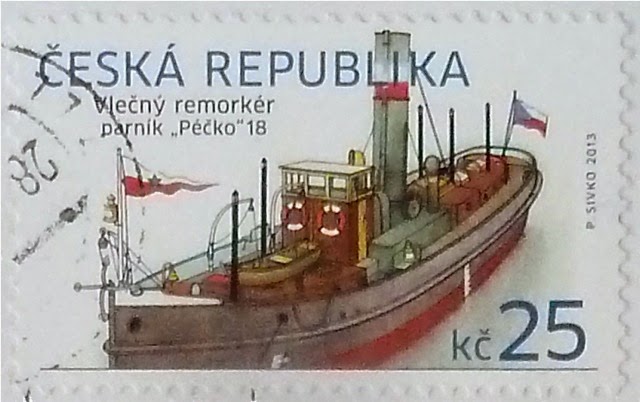 The widely used Péčko (or P-type for propeller type steamboats) boats were cutting edge technology of its time. They belonged to the most frequently used boats on the Czech stretch of the Vitava and Labe Rivers.

Just a note that I have difficulty commenting from this blog (or browser?) on some of your blogs, so, to make it consistent, all my comments will originate from the VioletSky blog. But, don't let that stop anyone from commenting here!
Next week for Valentines, the theme is anything that looks Valentine-y or romantic.
It could be anything from the traditional wine, chocolate, roses, or something that depicts a romantic get-a-way...
Posted by violet s at 8.2.15