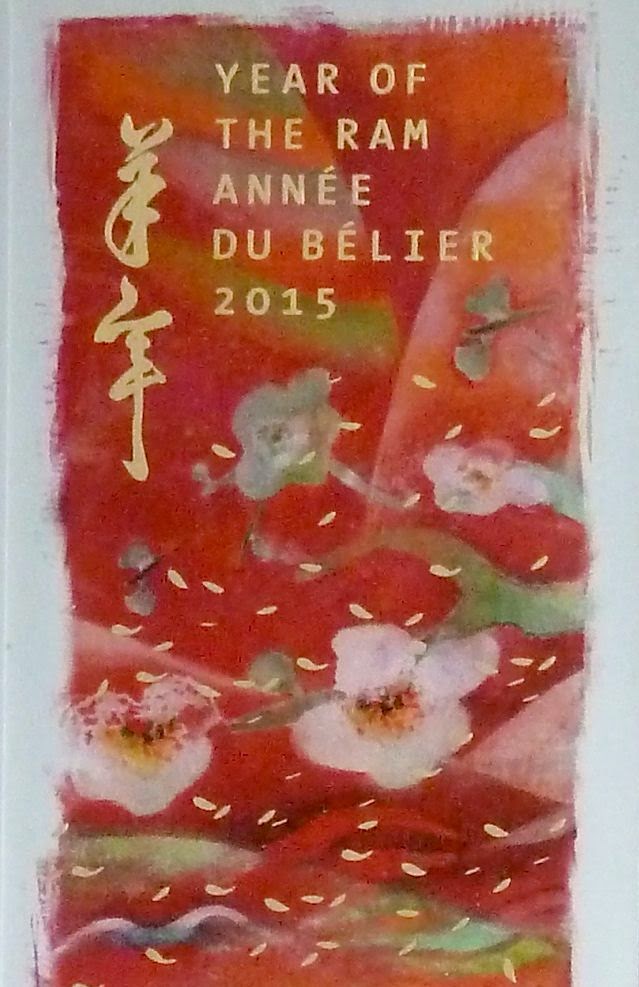 souvenir sheet, 2015, international rate stamp (showing the three rams from the domestic rate stamp)
Year of the Ram,
also known as Year of the Goat and Year of the Sheep

The ambiguity has whipped up discussion in the English world. Actually, when used without attributes, the Chinese character Yang can refer to all of the forgoing ruminants. However, in terms of traditional culture, the zodiac symbol is more likely a Goat. The images of goats often appear on Chinese New Year stamps and paper-cuts. To ordinary Chinese, it seems the confusion never bothers them. They may take the goat as the zodiac animal, but prefer to buy a sheep mascot, because it's more lovely and fluffy.

Sheep (or goat, or ram) is among the animals that people like most. It is gentle and calm. Since ancient times, people have learned to use its  fleece to make writing brushes and its skin to keep warm. The white cute creature often reminds people of beautiful things.
(source: travelchinaguide)