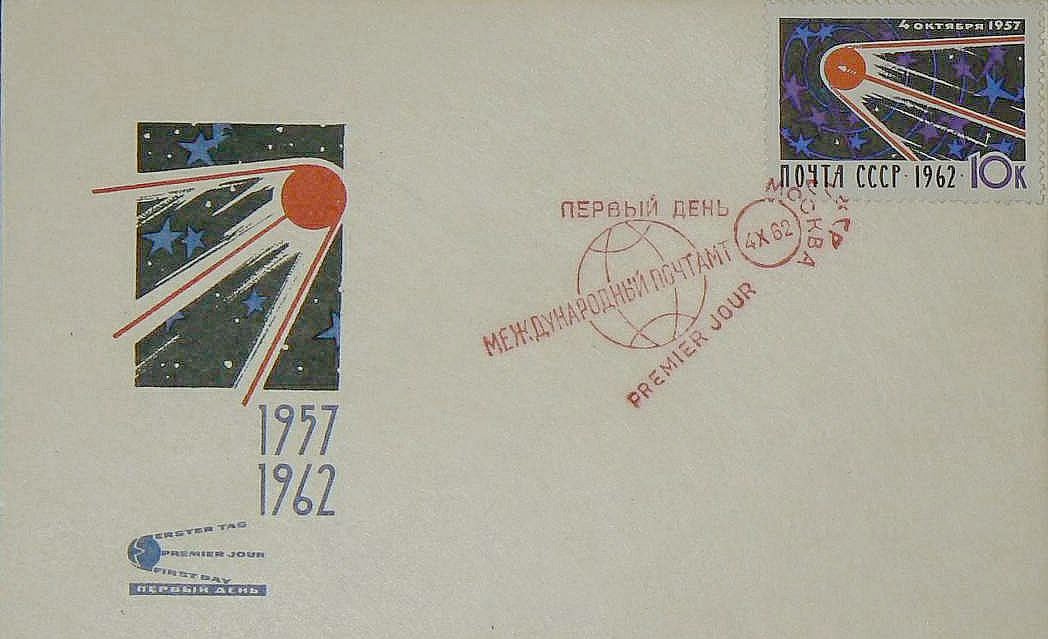 First Day Cover 1962 for 5th anniversary of the launch of Sputnik 1 on October 4th 1957.
The space age began with the Soviet Union having the first man made object in space and the first satellite to orbit the earth. Sputnik was a metal sphere, 23" in diameter with four external radio antennae and weighing 184lbs. Each orbit took 96 minutes and the signal went on for 21 days until the batteries ran out.

for next week's theme of islands, let's make it a bit more challenging by saying that Great Britain does not count.

for time of exploration: space